Romelu Lukaku scored his second goal in two games as Manchester United became the first winners of an overseas Manchester derby when they beat Manchester City 2-0 in Houston in the early hours of Friday morning.

Marcus Rashford added to Lukaku’s effort as two goals in two minutes late in the first half handed Jose Mourinho’s side the pre-season victory.

The opening half an hour was evenly split between the two sides, but a debut mistake from Ederson saw Lukaku gifted with the opportunity to slot into an open goal, albeit from a tight angle. Just moments later, Rashford’s pace proved to be too much for makeshift left-back Fernandinho, and the Englishman slotted into the bottom left corner, capitalising on their extra match fitness.

The match was the first time that the two Manchester clubs have faced eachother abroad, after last season’s scheduled match in China was postponed due to a waterlogged pitch.

The game started with an unexpectedly high tempo, with City yet to play a match in pre-season, and the opening minutes saw a string of attacking moves come to no avail for either side.

City’s first chance came after some neat link-up play between debutant Phil Foden and Raheem Sterling, resulting in the latter creating some space on the edge of the box and shooting directly at David De Gea.

Foden was involved again minutes later – his seemingly effortless runs considered one of the positives from the first half – dragging a left-footed shot wide of the post. 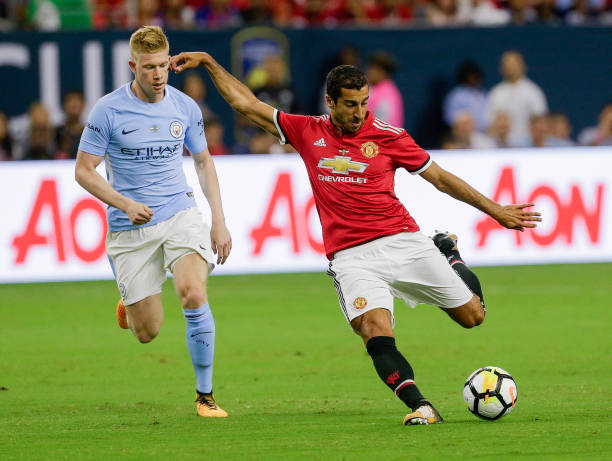 The impacts of the high tempo start to the match were made apparent in the final 15 minutes of the first half, with City struggling to maintain the pressure that they had been applying and succumbing to two United counter-attacks, who clearly benefitted from the match fitness gained from their pre-season friendlies against LA Galaxy and Real Salt Lake.

As expected, both teams made a host of changes at the half-time interval – the most surprising of which involved last season’s outcast Samir Nasri and Eliaquim Mangala being brought on for City.

In comparison to the first half, the second period contained very few clear cut chances. A mistake by half-time substitute John Stones afforded an opportunity to Lukaku, whose venomous effort left the crossbar vibrating for seconds after it was hit.

Mangala’s chance to impress in a different position of left-back did very little in changing City fans’ opinions on him, having struggled to cope with the pace and strength of Marcus Rashford.

The absence of City’s two key playmakers – Kevin De Bruyne and David Silva – in the second half demonstrated a lack of incisiveness from the rest of City’s midfielders. Nasri created two half-chances for Foden and Jesus respectively, but those were the two highlights for City’s second half.