Manchester City played West Ham at the Laugardalsvöllur Stadium in Iceland today in their final pre-season friendly before the Premier League kicks off next week. The Blues continued their goal scoring flurry as they put their finishing touches to pre-season training in hopes of being fit and ready to face Brighton on the 12th August.

City lined up again with a back 5 consisting of Danilo on the right, Kompany, Stones and Otamendi through the middle and then Sané as the left-wing back. Yaya Touré, David Silva and Kevin De Bruyne made up the midfield with Gabriel Jesus and Kun Aguero up top. It was a strange sight for City fans reading West Ham’s starting line-up as it started with the all too familiar names of Hart and Zabaleta facing their former (or parent) club for the first time.

The first half began with a scrappy few minutes as both teams found their feet but City soon got hold of the possession and looked comfortable passing it amongst themselves in the middle of the pitch. With the start of the Premier League only a week away, both sides looked prepared after the hard work put in throughout the pre-season with the tempo slightly higher than you would find in a normal friendly game. This was evident with City’s high pressing of the Hammers’ defence when Danilo was able to cut out a pass near West Ham’s corner flag and pull it back to De Bruyne who whipped it into the box to find Jesus who slot it past Joe Hart to make it 1-0.

City continued to dominate possession for the rest of the first half but were unable to capitalise on the chances they created in front of the Icelandic crowd. West Ham’s best chance of the half came from Martinez who found himself on the end of Zabaleta’s cross inside the 18 yard box, but his header was way over the bar. 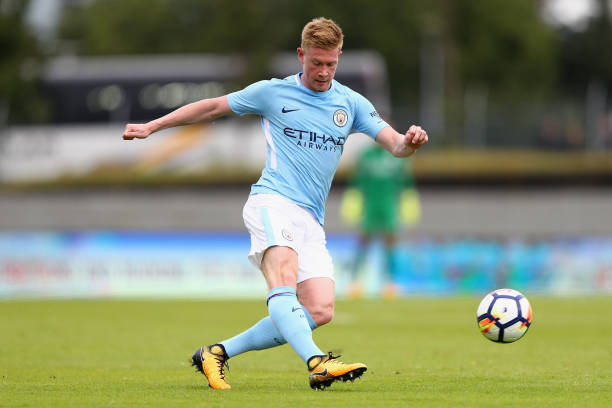 The second half saw more of the same from City from the off as the Blues continued to control the game and were rewarded with an Aguero goal after 10 minutes of play when Silva whipped in a cross to find the Argentinian, who put it coolly past Joe Hart.

The horde of subs soon made their way on to the pitch as the likes of Foden, Diaz, Tosin and Bernardo were introduced to the game. The fresh legs made a difference within minutes as a deflected shot from Foden fell into the path of Raheem Sterling who put it beyond the reach of Hart to make it a 3-0 victory for the Blues in Iceland.

Although it’s unclear as to how City will line up in their first Premier League game away at Brighton a week tomorrow, it’s evident that Pep Guardiola has a number of options both in terms of formations and personnel. The dynamic full-backs that the club has brought in over the summer has made a back 5 a realistic option as we’ve seen throughout pre-season, and the strength in depth we’ve seen at the club gives Pep a host of different tools needed to bring trophies to the club in the season ahead.