Ahead of Manchester City’s trip to Wembley on Sunday, let’s take a look at another cup game that the two sides played against each other back in November 2011: a 1-0 City win in the quarter-final of the League Cup. Sergio Agüero, as he so often has been, proved to be the game winner, scoring late on in the game. The result turned out to be historic since City had not won against the Gunners in London for 36 years. City led the league at that point, but also faced fresh anxiety since an exit from the group stages of the Champions League was imminent, putting a lot of pressure on them going into the encounter with Arsenal.

How They Lined Up 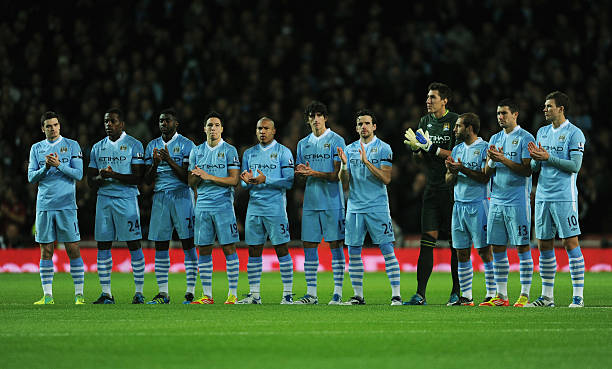 Alex Oxlade-Chamberlain, Francis Coquelin and centre-back Laurent Koscielny are the only players still currently under contract at Arsenal. City werecoached by Roberto Mancini at that point, and there are at least somewhat familiar faces on the team sheet: Zabaleta has risen to a cult-like status in Manchester, Sergio Agüero is the most prolific striker in club history, and Aleks Kolarov is also still having a fair share of games. Nasri is another still under contract at the club, but it is fairly unlikely that the Frenchman is ever going to make a professional appearance again Pep Guardiola’s side.

How It Went Down

The teams faced each other after City had seen off Wolverhampton with a 5-2 win and Arsenal had beaten Bolton in the previous round of the cup. Wenger stuck to his guns by fielding an inexperienced side for the game, while City manager Mancini went into the game with a relatively strong team, starting players such as Nasri, Johnson, Kolarov, and Džeko.

The first real chance of the game yet fell to the Gunners, and Romanian goalkeeper Costel Pantilimon had to use all his skill to keep out an attempt by Oxlade-Chamberlain, tipping the ball over the bar after 27 minutes played. Kolarov, playing as a midfielder that game, was withdrawn with injury shortly after and replaced by Agüero. A result of this forced tactical change was Samir Nasri switching over to left midfield, consequently creating a two-man attack with Džeko and the newly introduced Agüero.

City started to play more attacking football and achieved dominance in terms of possession, but Arsenal proved to be sharp on the counter and Owen Hargreaves was booked after cutting short a Frimpong run with a check in the 53rd minute.

The game was ultimately decided by star striker Sergio Agüero. The Argentinian scored on the counter, slotting the ball past Fabiański in the 83rd after Adam Johnson opened up space in the middle by giving the ball a cheeky flick. Agüero was left alone with the task to finish the attack and did so in as-ever convincing manner.

Arsenal introduced Andrey Arshavin late on in the game in an attempt to overcome the deficit, but Arsène Wenger’s side were not able to turn the tie around. The Blues won the game and advanced to the semi-finals of the cup. 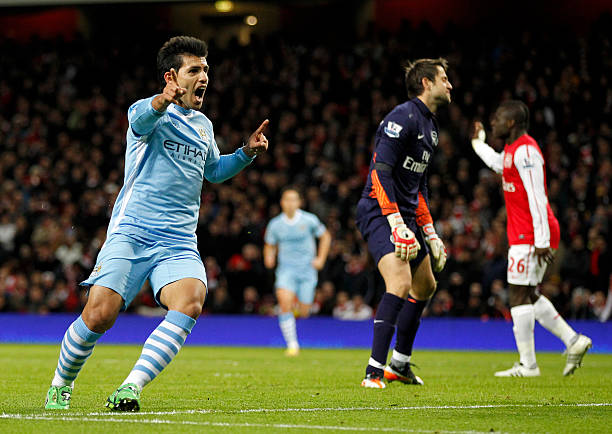 City bowed out of the cup in the next round against Liverpool, losing 2-3 on aggregate. The historic win in London turned out to be an indicator for bigger things to come: Roberto Mancini’s team kept up the consistent work throughout the season, ending the season with an emphatic run of form. City won the last six games of the season and sensationally overcame the deficit of an 8-point gap between the Blues and local rivals Manchester United. The season ended in City winning its first Premier League title in 44 years after beating QPR in dramatic fashion.