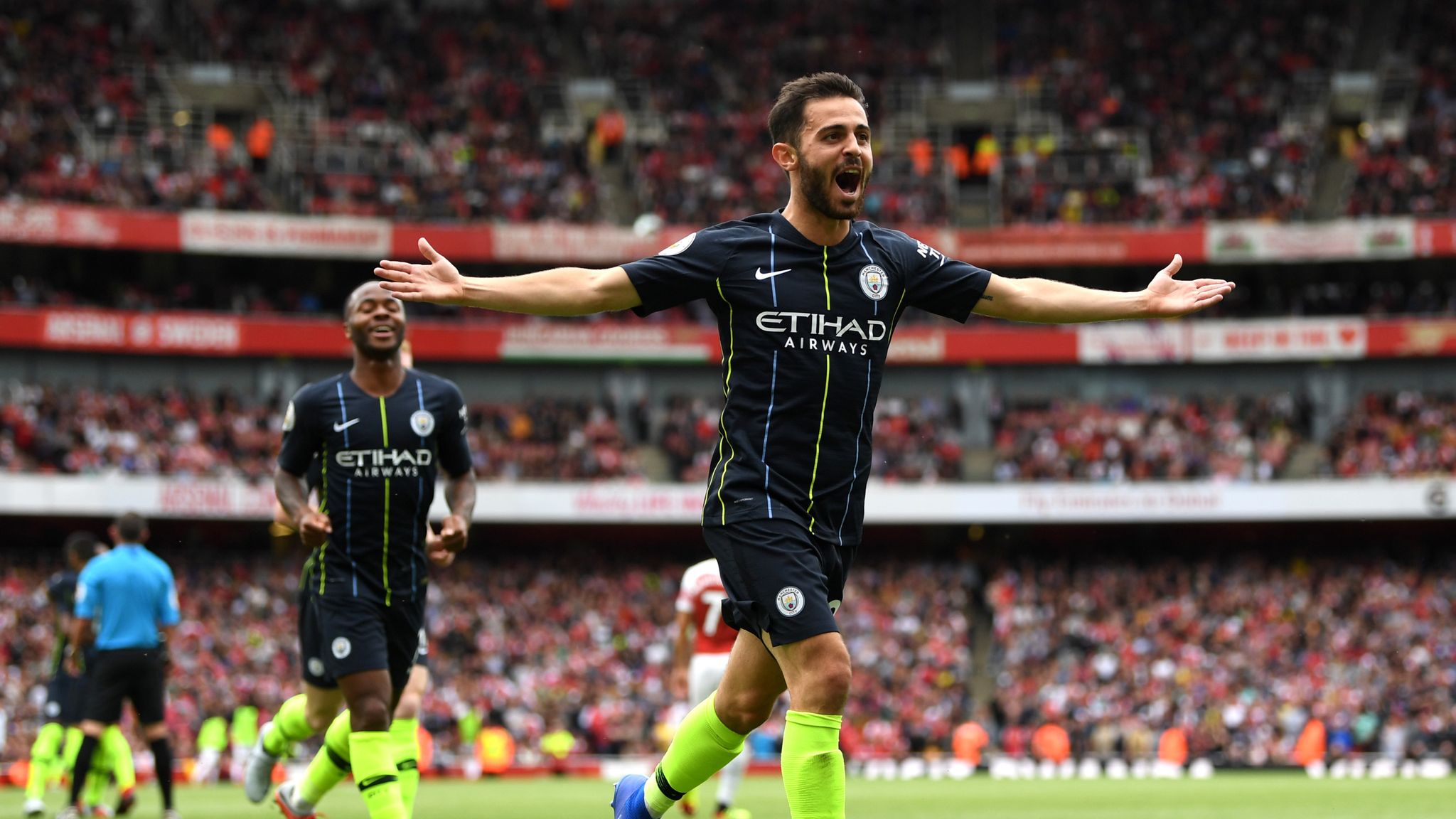 Manchester City couldn’t have hoped for a better start to their defence of the Premier League, having overcome Arsenal away at the Emirates Stadium on Sunday afternoon.

It was not the most vintage City performance, but a 2-0 win, with David Silva, Kevin De Bruyne and Leroy Sané all not starting, is nothing to scoff about. The Blues won with relative comfort and despite the odd scare at the back, Aymeric Laporte and John Stones were rock solid and helped ensure Ederson kept a clean sheet.

Two powerful strikes made the difference as Raheem Sterling waltzed past Hector Bellerin and Matteo Guendouzi before powering his 50th Premier League goal past a helpless Petr Cech.

Then midway through the second half, just as Arsenal seemed to be threatening an equaliser, Bernardo Silva latched on to a clever cut-back from Benjamin Mendy and smashed the ball into the Arsenal goal.

Both City goals were easy on the eye and we can expect more sublime strikes from the Shark Team this season.