Six years on from the signing of Sergio Agüero, the £38million we stumped up for him is looking more and more like an absolute bargain every day.

This week we find ourselves at somewhat of an impasse. City, after a shaky lull of uncertainty, have regained their composure and have now completed the signings of five first team players. This means we now not only have capable full-backs, but we also have reasonable cover for said full-backs. We shouldn’t forget about the purchases of Ederson Moraes or Bernardo Silva either, as both provide something we didn’t have last season. Ederson looks like he can actually save and use his feet, and though Bernardo Silva hasn’t yet played, it’s obvious his talent will prove City were right to sweep him up.

This feature has usually had three segments – the left back situation, the right back situation, and the forward situation, occasionally mentioning the centre half problem. But now that we’ve completed most of our deals, you feel like the rest of this blog will be simply dedicated to our pursuit of Alexis Sanchez.

Or so we thought, before it emerged that Pep Guardiola had met with Kylian Mbappé. Mbappé, who scored in both legs of City’s tie with Monaco, looked set to be the latest superstar in the Florentino Perez collection. Madrid have let go James Rodriguez, Alvaro Morata and Danilo, all for big money. Dani Cellabos and Theo Hernandez have come in, which only really left the number 9 slot renewing. Marca reported early last week that Madrid had struck a deal with the Principality outfit for somewhere in the region of £161m, but that was quickly called into question as a host of other sources stated that Mbappé is worried about trying to usurp the trident of Bale, Benzema and Cristiano. In addition to this, rumours surfaced that City and Real Madrid have come together in agreement that they won’t pay the sky-high fee being asked for Mbappé. Sammy Lee reported that City have now made an official approach for the youngster, so now we wait.

As for Alexis, who returned to training with Arsenal this week, the wait goes on too. Wenger refuses to sell him to a domestic club, but Alexis’ heart seems fixed on a move to the Etihad. Debates will rage on about who would be better for City, the hot shot who’d cost roughly double the world record fee, or the world star who could cost nothing next summer, but if either came in, we’d surely all have to make room in our fantasy teams.

Pep did give some airtime to the centre back pursuit in his pre-Spurs press conference. He said that although several difficulties are created by the extortionate market, ‘if’ there is an opportunity to gives City a chance they’ll try, though sources are saying these comments have no effect on the chase for a forward.

Not much progress has been made this week. Stoke are still holding hope for Delph, and Fernando seems very close to Galatasaray, as he was last week. Turkish media sources expect him to be announced as a part of Turkey’s most successful team soon, though they have experienced a dip in very recent years. Fernando’s sale would free up another foreign spot, one which Pep would presumably fill with a forward or a defender this summer.

No offers have been made for Eliaquim Mangala or Samir Nasri. Wilfred Bony’s supposed ‘close’ move to Swansea hasn’t been mentioned this week, but Kelechi Iheanacho could be announced as a Leicester City player at any second after he passed a medical.

An offer has been mooted, though, for Oleksandr Zinchenko. Napoli, well-liked in football hipster circles for Sarri-ball, are rumoured to be after the Ukrainian who failed to make any waves on loan at PSV Eindhoven last season. City have begun to buy players purely for profit purposes, and it seems unlikely that Zinchenko will ever break into the City side, even though this deal looks like it’d be a loan with an obligation to buy, in typical Italian style.

I said this about Joe Hart and was proved wrong, but I do wonder if Nasri, Mangala and the like will be rushed off on deadline day. China is no longer an option, though.

One Player In Depth: 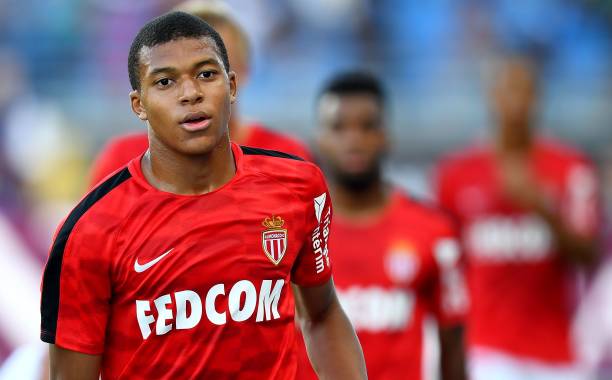 Kylian Mbappé burst onto the scene and the forefront of the footballing conscious after a few stunning performances in Ligue 1, but mostly for his expertly taken goal at the Etihad. Using quick wits and pace to match, Mbappé took advantage of a characteristic defensive lapse but gave Willy absolutely no chance in goal. This was just the start of the rise and rise of Kylian Mbappé, who would end the season as not only a French Champion, but the most sought after player in the entire footballing world.

Only a handful of strikers performed better than Mbappé, who scored on average a goal for every 100 minutes he played Ligue Un last season; these being well established stars like Edinson Cavani (85 minutes per goal), Alex Lacazette (86) and Radamel Falcao (92). Mbappé is more than just goals, though, as his tricky feet and extreme pace have drawn comparison to the original Ronaldo and Thierry Henry. He also has performed in the Champions League, netting thrice in two games against Dortmund, twice against City and once against Juventus in the knock-out rounds.

Certainly, the prospect of Gabriel Jesus and Kylian Mbappé would be surreal. Lest we forget the greatest forward this club has ever seen, too. But with Kun coming into his peak, we will soon have to start thinking about life after Sergio, who surely only has maximum three or four seasons at the top left. The fee of 161m does make the mind boggle, though. And whilst we’re always likely to be second favourites to Madrid in this deal, which is made no less difficult when the second Ronaldo was Mbappé’s hero growing up, who knows with this current market what’ll happen. 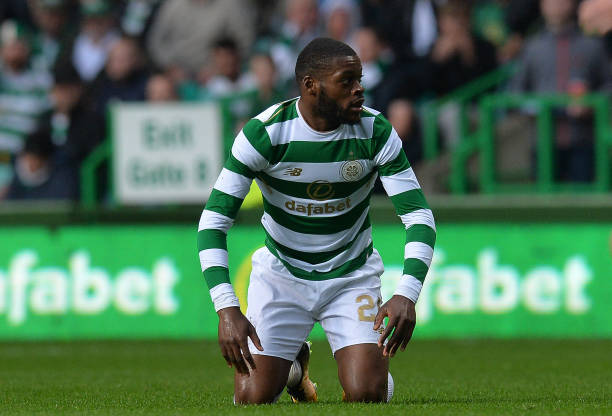 The final round of catching up to do before we can consider ourselves caught up is those sides who usually just make up the numbers in the Champions League.

In terms of transfers which involve a fee, Celtic have only managed to sign Oliver Ntcham from us, but seemingly remain interested in Patrick Roberts. Rangers have signed a couple, including Graham Dorrans, though it seems a far-fetched idea that they can upend the 39 point gap between the two Old Firm sides that separated them last season.

In Portugal, top-seeded Champions League side Benfica have thus far recouped a great amount through sales – garnishing big fees for Ederson, Lindelöf and Semedo, but as of yet haven’t particularly spent much of the revenue made. Porto, who will be draw from pot two alongside City and United, have thus far signed only Óliver Torres of note, after a second season on loan in Portugal, whilst they have sold Ruben Neves to Wolves and Andre Silva to Milan.

After winning their first title since 1999, Feyenoord will enter the Champions League at the group stage. Yet, like their competitors Ajax, have mostly seen a summer of outgoings. The side from Rotterdam have lost Terence Kongolo (Monaco) and Rick Karsdrop (Roma), in addition to losing Dirk Kuyt to retirement. An emotional return for Robin van Persie is doing the rounds in the rumour mill. Ajax have lost Davy Klaassen (Everton) and Jairo Riedewald (Palace) to Dutch managers in the Premier League, but have resigned the legendary Klaas Jan Huntelaar after his release from Schalke.

Neither of Russia’s two entrants into the Champions League, Spartak (pot one) or CKSA Moscow (should qualify via the play-offs) have added to their squads as of yet, though Zenit, who will play in this years Europa League and have Roberto Mancini in charge, have strengthened heavily, signing Argentine duo Leonardo Paredes (Roma) and Sebastian Driussi (River Plate) for around €30m. The other teams who’ve already qualified for this years edition of the Champions League; Shakhtar Donetsk, FC Basel and RSC Anderlecht have barely strengthened, with Basel signing the iconic Ricky van Wolfswinkel and Anderlecht completing a deal for Lukasz Teodocyzk – the forward hit 20 goals in 28 league games whilst on loan at the club last year, and was ever present through their Europa League march.

Returning to England and the Top Four Leagues:

This week has been a relatively quiet one for England and the other top four leagues. Other than Burnley continuing what can only be described as the most Burnley window of all time; by bringing Phil Bardsley to add to the buys of Jack Cork and Jonathan Walters, not much has happened. United are still chasing Perisic, in a pretty uninspiring saga. Arsenal are still unsuccessfully bidding for Thomas Lemar, whilst Pochettino is still yet to make a move in this window.

In Italy, the massacre of Fiorentina has continued, after losing Bernardeschi, Ilicic and Borja Valero, this week they’ve lost goalkeeper Tatarusanu to Claudio Ranieri’s Nantes and Matias Vecino to Inter. The Tuscans have had a few forgettable seasons but next year could prove to be somewhat of a nadir. Milan’s search for a star forward continues, with Diego Costa the latest rumoured man.

France is still on standstill, whilst the biggest move in football history looks set to come to a close, as Neymar edges closer and closer to Paris. Germany hasn’t seen any significant moves either, and outside of the Mbappé saga, neither has Spain, where it’s likely Barcelona’s summer will be purely defined on what happens with Neymar, and if their move for Coutinho is Neymar-dependant.