He is no stranger to the rumour mill of either club, and Real Madrid midfielder Toni Kroos could actually be on his way to Manchester City or Manchester United this summer, according to Spanish source El Confidencial.

The Germany international, who recently turned 28, almost joined United in the David Moyes era, while he was one of the names tipped to join Pep Guardiola’s revolution at the Etihad, but Real Madrid have worked hard to keep hold of the pass master.

However, Kroos is now said to be tempted by the idea of a new adventure in a different league, with El Confidencial claiming he is in the sights of both Guardiola and Jose Mourinho.

Guardiola knows Kroos well from his time at Bayern Munich, and the board sold him to Real Madrid against Guardiola’s wishes. Seeing the player as ‘an extraordinary footballer, capable of changing the rhythm of matches’, Guardiola would love a chance to work with him again.

As would Mourinho, who is set to lose long-serving midfielder Michael Carrick to retirement, while there are also questions over Paul Pogba’s future in his second spell at Old Trafford, with the £89million man seemingly not perfectly suited to Mourinho’s tactics. 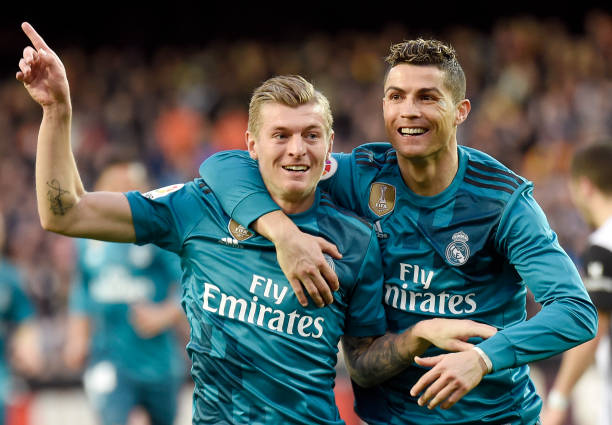 Real Madrid chief Florentino Perez doesn’t want to sell Kroos, but the German understands that has had the chance to work in a new environment after four successful years at the Santiago Bernabéu, and that could lead to a battle in the transfer market between Man City and Man United for the 28-year-old.

Kroos is said to have a €300million release clause, which no club will pay, but if he relays his desire to move to the Premier League, Real Madrid may be willing to negotiate a more reasonable fee.