Manchester City remain interested in Valencia forward Rodrigo Moreno a year after reportedly having a €35million bid rejected for the Spain international.

Rodrigo, 27, has had the best season of his career, scoring 19 goals in 37 appearances in all competitions for Marcelino’s team this season, usually playing as a centre-forward despite his ability to also play out wide.

And Valencian source Plaza Deportiva claims that Rodrigo is still on Pep Guardiola’s radar with the Manchester City boss ‘watching his evolution closely’. Guardiola sees Rodrigo as a player who fits the profile he is looking for in his attacking areas.

The Brazilian-born striker’s career has catapulted since Marcelino’s arrival at the Mestalla, becoming a star man in the Valencia team that is set to qualify for next season’s Champions League. 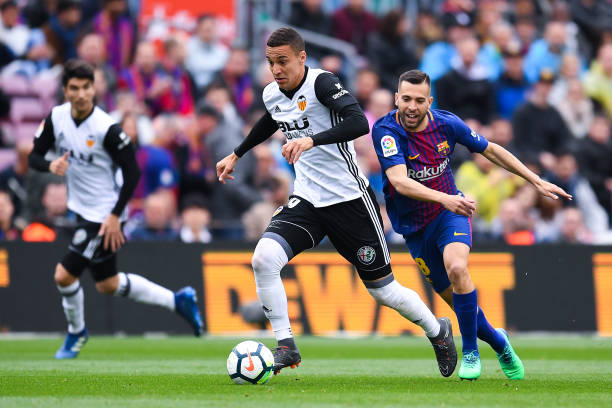 His performances have won over Guardiola, who likes forwards able to hold on to the ball and combine well with midfielders. Rodrigo has also broken into the Spain national team, winning three caps in the past year and scoring twice, against Albania and Germany.

Pep is said to be ‘studying’ how he would fit Rodrigo into his City squad, especially when he already has Sergio Agüero and Gabriel Jesus in the position Rodrigo has occupied for Valencia this season. This could mean City not making a bid for Rodrigo this summer, but continuing to watch him in the event they need another central striker.

If City did go ahead and make a move for Rodrigo, Valencia would find themselves in a strong negotiating position, with their star striker under contract until 2022 with a huge release clause of €120million (£105.6million), a figure Txiki Begiristain would want to reduce significantly.

Since leaving Barcelona, Guardiola has often returned to La Liga in search of talent, signing the likes of Thiago Alcântara, Juan Bernat, Claudio Bravo, Nolito and Aymeric Laporte during his stays at Bayern Munich and Manchester City. And if he feels there is a place for Rodrigo Moreno in his Man City squad, the Valencia hot-shot could follow in the future.

Celebrate by picking up some official merchandise from the Champions range!